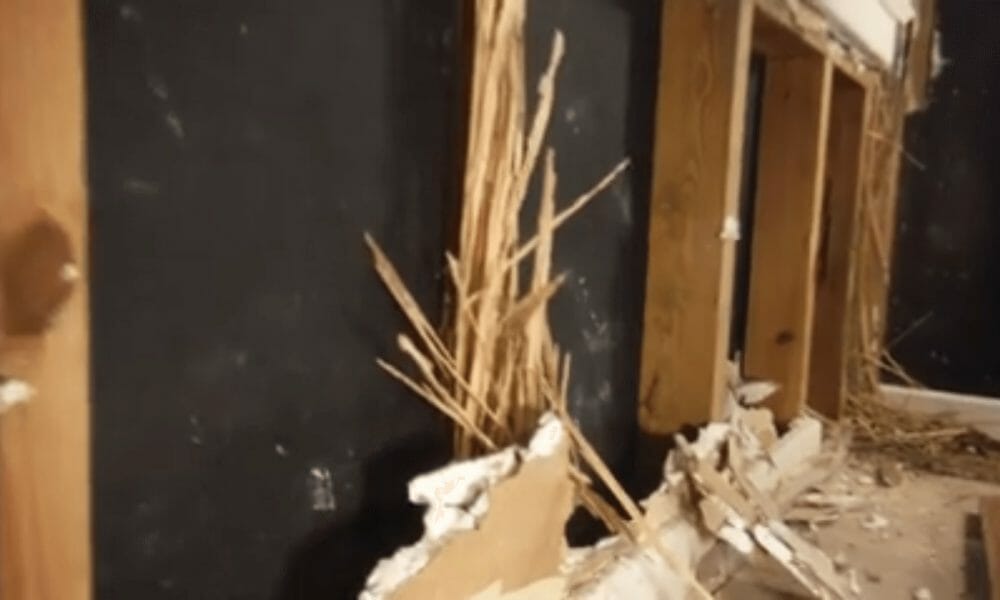 Termite companies often say they, “We cut a hole in the wall and there are no mud tunnels that termites use for travel so the wall is fine.” That is what is called a “half-truth.” As the saying goes, “A half-truth is a whole lie where I come from.”

True: Termites travel in tunnels made of mud.” HOWEVER, it is false to say that is the only or even the primary way they travel as they are eating wood. Termites eat the inside parts of the wood – like the stud in the wall under this window in New Orleans.

Often termites are NOT tunneling on the outside and you see no mud when just looking inside a wall. So it is deceitful to lead a homeowner to believe that all you need to do in a home with a bad treatment and known damage is to look for mud tunnels.

As Tom Campbell demonstrates in this footage, the stud explodes when you hit it with the blunt end of a small crowbar. For seven years the termite company that did an incomplete treatment and defective remedial treatment on this home reported no problems and no signs of infestation.

In reality, there was damage and signs of infestation from the slab to the apex of the roof (i.e., the ridge beam). The ceiling in the room where this video was shot caved-in while the elderly woman who lived alone in the home slept.

If a pest-control company has caused even minor damage to your home, reach out to us. We’ll evaluate your claim for free, the damage could be worse than you think and by not taking action you could be making a major mistake.