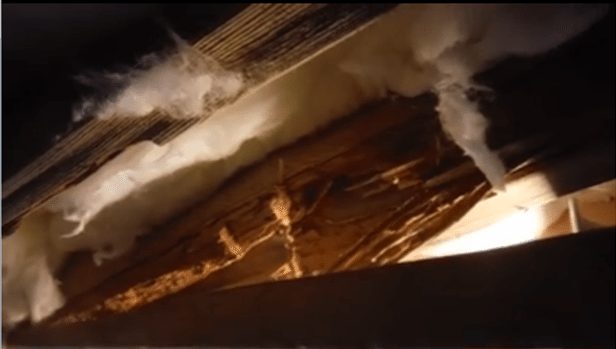 They are called “Powder” post beetles for a reason. As seen in this video, they turn wood into what looks and feels like facial powder. Although much rarer than termite in the South, severe and longstanding infestation cause just as many problems, if not more.

According to the official company testimony at a recent deposition, American Pest Control (a regional pest company based in Athens, Ga.) believes a house can go from no signs of powder post beetles to covering all joists and subfloors to the extent shown in this video in 90 days – or three months.

In other words, they are pretending not to have any reasonable degree of knowledge about one of the five types of wood destroying organisms listed on the Official Georgia Wood infestation inspection report. The homeowners in Jefferson, Georgia were referred by the University of Georgia Entomology Department to Paul Bello, a noted Consulting Entomologist for advice about whether American Pest Control should have reported the problem before they bought the home.

According to Tom Campbell of Campbell Law PC, “Powder Post Beetles are the easiest pest to identify in the South and any company that issues real estate inspection reports should train inspectors to identify the problem and have specialist on staff or on call to deal with powder post beetle advice.

Not only do we allege this company failed to reveal the obvious, they are running away from basic scientific fact by claiming massive damage happens in six months. After tricking homeowners, you really should not try to trick your arbitrator.” Arbitrators are private judges who issue final and binding money damages decisions.

If you have wood destroying pest problems, you should have your legal rights evaluated by lawyers who understand the science and the law rather than continuing to rely on a company that has every reason to conceal wrongdoing.

Video can be viewed here.

If you have wood destroying pest problems, you should have your legal rights evaluated by lawyers who understand the science and the law rather than continuing to rely on a company that has every reason to conceal wrongdoing.