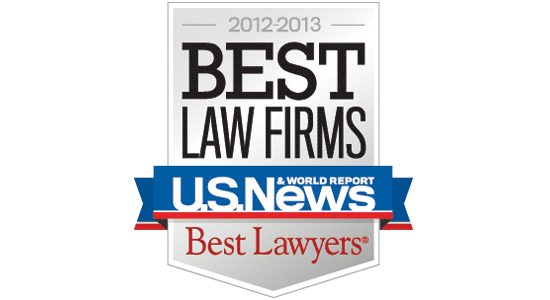 Campbell Law PC, A Purpose Filled Practice™ is a among less than a handful of small Alabama law firms selected for inclusion in the U.S. News and World Reports 2012 ranking in Alabama as a “Best Law Firm” in the category of Litigation – Labor and Employment. The tier two ranking places Campbell Law among a select group of firms nationwide and in Alabama. According to the U.S. News press release, “Law firms receiving this designation had an impressive overall performance in our research and are receiving the first award of this kind by U.S. News and Best Lawyers®.”

Campbell Law joins only thirty-three other Alabama law firms that received this honor. Most firms achieving a ranking are mega-firms like Ogletree, Deakins, Nash, Smoak and Stewart, and Bradley, Arant, Bolt, Cummings, and the like.
According to Tom Campbell, a principal at Campbell Law, “We are humbled by this recognition. It is a testament to the dedicated and hardworking lawyers, paralegals and other staff members we have on board.”

Tell Us Your Story
All News Articles